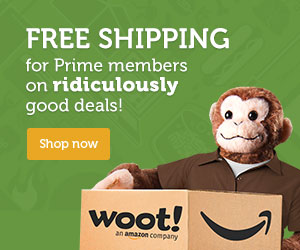 Let’s play some Sudoku! Over the years there have been many studies illustrating how Sudoku helps keep adult minds from deteriorating. While not traditionally thought of as a children’s game, Sudoku and similar puzzles will also help develop young minds. Children who play Sudoku have better short-term memory. Playing the game will improve memory retention, logical problem-solving, and strategy skills. Similar to visualizing moves in a board game, Sudoku requires players to analyze the puzzle in order to determine where the numbers need to go. This type of game play is fun and challenging for people of all ages.

Playing Sudoku can actually change the way our minds think. By forcing players to think outside the box (literally), neuroplasticity in the brain will start to increase over time. Logic puzzles like these present new challenges with every game, so benefits will continue with play. Children who play Sudoku will experience increased cognition even faster, as the brain is more neuroplastic and easier to change at a younger age. Teaching children to find new ways of solving problems is especially critical as their brains continue to grow and develop.

Even though Sudoku is a puzzle about numbers, the goal of the game is not to practice math fluency, but utilize logical skills. The object of the game is to deduce the numbers missing from a pattern by using an elimination process. A mental strategy must be developed in order to solve it. Deciding where to start to the Sudoku begins by analyzing the grid of numbers. Sudoku stimulates a child’s curiosity since the placement of numbers must be frequently tested to see how it will affect the bigger picture. Examining both the block as a whole and each square individually to unlock the solution is the key to solving this puzzle, so reasoning and logic are in constant play.

Concentration is another cognitive skill that Sudoku will improve. Sudokus are designed at different levels of difficulty. Depending on the level of difficulty and how much experience a player has, a puzzle can take anywhere from a few minutes to hours to solve. When a child is at a comfortable level working independently, Sudoku can become a great tool that will engage the mind and improve concentration and cognitive skills.

THE FLOOR IS LAVA! GAME

The imaginative game of The Floor is Lava engages children in jumping from location to location to avoid pretend lava. Read more

Toysery Bow And Arrow For Kids

Children can master a new skill when practicing the Toysery Bow and Arrow for Kids. While practicing coordination, children can Read more