Skip to content
FreshDirect has teamed up with NY Common Pantry to fight hunger during the crisis. Donate with your next FreshDirect or FoodKick order, or donate directly at http://nycommonpantry.org/.

Bingo is a popular game that people play all over the world, often at community centers, senior facilities, and church groups. Research has found that the game has more value than for just passing the time and bonding with others. There are some surprising health benefits you can get from playing this centuries-old game.

According to many studies, playing bingo can improve your brain’s processing speed, alertness, and memory capabilities. Bingo requires players to practice active listening, as well as process that information quickly enough to find their own corresponding numbers and letters —sometimes across multiple cards.

Studies have found that when people with Alzheimer’s, Parkinson’s, and other types of dementia play bingo, their visual perception and cognitive skills become strengthened. Similarly, visually stimulating games can also help aging adults in visual and cognitive development. Bingo can improve memory, orientation, language, and command in senior citizens. It has also been found that seniors who play bingo have increased happiness and social interaction, which also promote mental health.  An active social life can help delay memory loss in again adults.

Children can benefit from bingo, too. Game play in general promotes healthy cognitive development in children of all ages. By introducing bingo in an educational environment, students are more likely to engage with course material. Another way to engage children in bingo is setting them up to make their own bingo cards, promoting creativity and hand-eye coordination.

Overall, bingo has many surprising health benefits for players of all ages. It’s a great way to promote healthy social interaction, cognitive development, and creative expression. 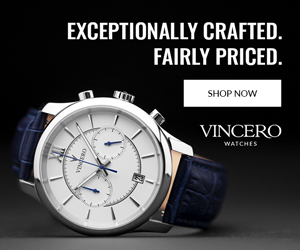 THE FLOOR IS LAVA! GAME

The imaginative game of The Floor is Lava engages children in jumping from location to location to avoid pretend lava. Read more